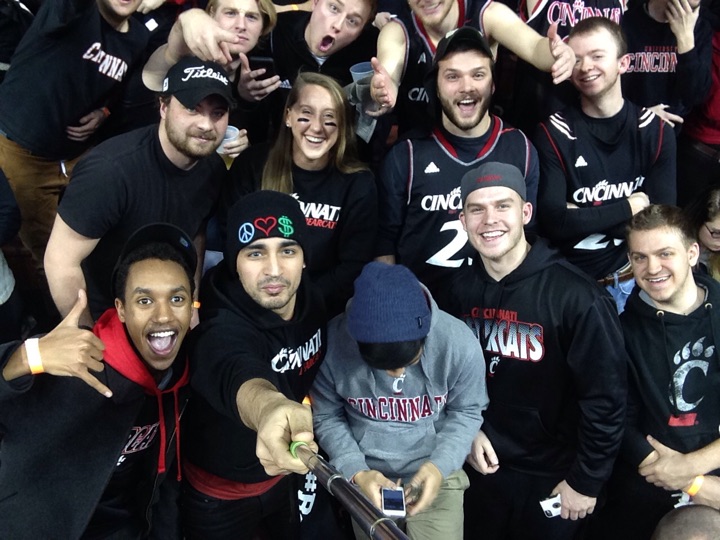 Sophomore year. A year best represented by the selfie stick.

My second year at the University of Cincinnati went by faster than an episode of Spongebob. In fact, saying it felt 15 minutes long is being gratuitous; sophomore year absolutely flew by right before my eyes, leaving nothing but joyous memories (captured by a 3 foot long pole most times) but also some difficult situations. For the first time, I had worked a part-time job while being in school, I tried developing a relationship with a friend, and with the addition of increasingly difficult pre-med coursework compared to first year, I began to struggle with my studies. In this situation, most would believe that they bit off more than they could chew, but not me; I believe that I wasn't fully focused in any of the aforementioned situations, be it my job, relationship or schoolwork. Most of this had to do with one of my major flaws: procrastination.

Why do today what you can do tomorrow?

This is the question I asked myself constantly when faced with mountains of classroom assignments and studying. This habit hadn't really led to problems in the past, however it blossomed into a flower of disappointment as my grades began to decline steadily and I was no longer performing to the best of my abilities; my grades were no longer a true reflection of my academic potential. Now I didn't fail any courses or anything, and honestly some students would kill me for complaining when considering the grades I received, but what matters to me is that I wasn't satisfied: I left my classes without feeling I learned something new, I sat in my seat constantly distracted by issues outside the classroom, and I was pushing myself to study material in two hours that I should've mastered over 4 weeks. I stressed over concepts that I had the capability to understand but couldn't focus and constantly procrastinated reviewing the concepts until the day before exam day came around and I was far too behind.

There's a bright side to all this mayhem: I believe I've learned my lesson. Procrastination will be the death of my academic life if I continue this horrid habit. In an attempt to prevent procrastination, I've decided to buy a planner, a tool I haven't used since the 7th grade where it was mandatory to keep one and felt more like a paperweight than a useful tool. With a planner, I'll be able to block off any hour of time I please and designate that hour for a specific task, whether it be homework, working out, going to my job, or hanging out with friends. I feel that a planner will allow me to better manage my time and conquer tasks with ease, leading to better grades and more enjoyment during free time. Junior year will be the true test to see if keeping a planner will finally allow me to defeat my age old enemy named procrastination.

Sophomore year wasn't all just turning in assignments at 11:58 PM and cramming for exams the night before at Views on Vine, I had a lot of fun with friends, got my first car, and started a research position at a Neuroscience lab at the Reading Campus under Jim Herman, where we study stress and its neurological pathways and effects on the brain as well as the rest of the human body. I look forward to incredible adventures during my junior year with the ones I love and less stressing over time with schoolwork.